Get the options to make an informed decision

We will compare lots of supplier for you

In our other articles we have mentioned VOIP and briefly touched on PBX phone systems. If you’re new to the phone system market or are looking to upgrade your current phone system, then you have probably already realised that the field is narrowed to 3 types of system. KSU, VOIP or PBX.

It is definitely worth at this point reading our article on VOIP here, and then equipped with that knowledge you can assess PBX as its alternative. Both have significant advantages over the other so it really is worth considering what limitations and requirements your business has before selecting the phone system that carries your business forward.

What is a PABX phone system?

A PBX (Private Branch Exchange) phone system is a phone system most often used within companies or organisations. The system makes use of a central box. The box (exchange) is essentially a hub that allows connection of both internal individual lines and external lines. The individual lines can then be shared by individual handsets. Having the infrastructure of the phone system in this way means that instead of having multiple costly internal lines for each phone, many phones can operate from a single line. This reduces costs as a direct result.

There are different types of PBX systems which we will get to in a minute. The actual system is provided by telecoms companies and would operate ordinarily on which ever tariff you choose when joining them. Installations are normally done by the provider and this will be arranged when you join them along with any ongoing technical training that may be required for the staff to operate and maintain the system. Troubleshooting errors will normally be the company’s responsibility at first point, but many providers have dedicated customer service and technical teams to assist with PBX problems that may arise over time.

What is a PABX Phone System

PABX Systems stands for “Private Automated Branch Exchange”. It is the term used for PBX Systems that do not require a human operator to complete the process. The term in pretty much obsolute now since PBX phone systems have advance in the last decades and are now operated. The need the differentiate the two due to one being manual and the other being automated is no longer relavant as almost all PBX systems are now automated.

The 4 main types of PABX Phone Systems are;

How does  a PABX Phone System work?

The tendency with phone system explanations is to get very technical and detailed to explain the workings of that system. The problem is most of us aren’t really that interested or have technical knowledge to understand these types of descriptions. Also, aside from often being downright confusing they’re pretty boring. So, I will avoid going into the finer details and explain the basics.

If you are hosting your own PBX system, you will have a central box. This box controls the routing (directions and connections) of both external and internal calls. The box often has many lines out, some will be dedicated to internal connections, some external. The box streamlines a traditional phone system, so instead of each phone requiring a line (sometimes this would mean hundreds of lines if you are operating a medium to large sized company), now many phones can operate through a single line. For example; if 10 phones need only 1 line then a company that has 100 phones would only need 10 rather than the 100 needed traditionally.

That is how a PBX system works in a nutshell.

Main benefits of a PBX system

Over traditional telephone systems, the PBX system reduces the need to have comprehensive and extensive line networks in place just to connect each phone. Installing phone lines is costly for businesses so having to install considerably less lines saves a lot of money.

Over pure VOIP systems it has the significant advantage of not being internet reliant. This is something that has a distinct 2-fold benefit over VOIP systems.

In summary, PBX is more reliable than VOIP and simpler and cheaper than traditional phone systems. PBX call quality is often better than VOIP as well due to having no data restrictions imposed on that call. The more calls using up bandwidth on VOIP the more likely call quality will drop.

What are the drawbacks of PBX?

It is simple to summarise the drawbacks of PBX. Although it does have certain very good advantages over other phone systems, it is far from perfect. PBX is likely to cost a lot more than VOIP, it is also likely not to have quite the same level of functionality as VOIP, most PBX systems would not be capable of interacting with a company CRM and recording calls on a company audit system. So, it is more expensive and hasn’t got the same user-friendly features as VOIP.

The good news is that it can be combined with VOIP features. With IP PBX it is possible to combine both VOIP features and PBX practicality,  giving you a VOIP PBX  service albeit at a slightly higher cost.

Who are the top PABX providers?

For a more comprehensive list of providers I recommend check here. Below are my top 3 PBX providers, detailing why they have a great offering and where they fall into the bigger picture on cost.

Always, always shop around! Speak to local businesses and see which PBX system they are using, being able to see the system at work will help you make a more informed choice than much of what you read online. Most telecom providers have demos they can show you of their product and the range of features it comes with so be sure to watch these as well.

There are a growing number of people who are using virtual PBX systems (a.k.a. virtual phone systems) today.  While virtual PBX has been around for a while now, it is currently growing rapidly within the business world.  Small, medium, home and start up businesses are all using them today.  However, one of the biggest groups that are using this phone system are entrepreneurs because the features and costs fit perfectly into their business’ budget.  With this in mind, here are some of the major features that entrepreneurs appreciate about virtual PBX phone systems.

There are numerous reasons why entrepreneurs like the automated attendant that comes with a virtual PBX phone system.  These reasons include:

Virtual PBX phone systems also come with call forwarding, which allows phone calls to be routed to whatever phone number the entrepreneur wants to answer it at.  This can be a business or cell phone, a VoIP number, a home phone line or even a Skype number.  With a virtual PBX phone system you can even schedule when and where your phone calls should be routed.  It is even possible for it to try numerous phone numbers before having your customer leave a voice mail for you.  Such a feature is especially great for any mobile professional who doesn’t want to lose out on money or productivity.

A Final Word About Virtual PBX

Entrepreneurs appreciate affordability.  They also appreciate flexibility.  These are the things that help them build their business.  It allows them to be on the go and grow a professional looking, stable business.  So, now you know why so many entrepreneurs are using virtual PBX phone systems for their communication needs.

Let us help you find the right PABX provider. Fill in the quote form and receive quotes from leading PBX suppliers. 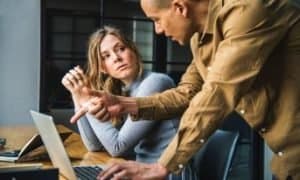 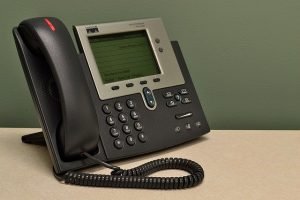 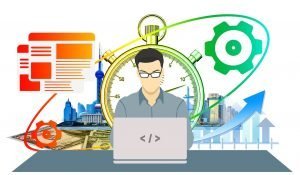 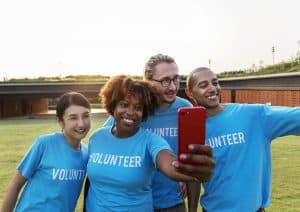